“Financing partnerships play an important role in accelerating the growth of renewable energy projects and their associated economic benefits, as well as the decarbonization of the United States energy grid,” stated Blake Nixon, President of National Grid Renewables. “In just two years, National Grid Renewables has raised over $550M in tax equity investments in support of the company’s buildout of renewable generation facilities, and we look forward to energizing additional projects to further benefit local, state and national economies.”

“We are pleased to support the growth of solar energy and help expand more clean energy solutions for communities across the U.S. The financing of the Prairie Wolf Solar Project will help bring much needed renewable energy to the grid in this region and support a more sustainable community,” said Todd Karas, managing director, Renewable Energy Finance at Bank of America.

Since 2007, Bank of America has deployed more than $200 billion to low-carbon, sustainable business activities. Earlier this year, it committed an additional $1 trillion in financing by 2030 to environmental transition. Since 2015, Bank of America has been a top renewable energy tax equity investor and lender in the U.S. 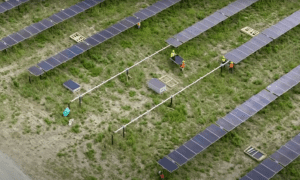 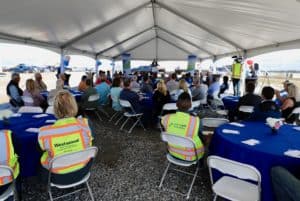